Ronaldinho is regarded as one of the greatest players of his generation, and many of his fans regret the fact that the Brazilian did not manage to fulfil his potential. 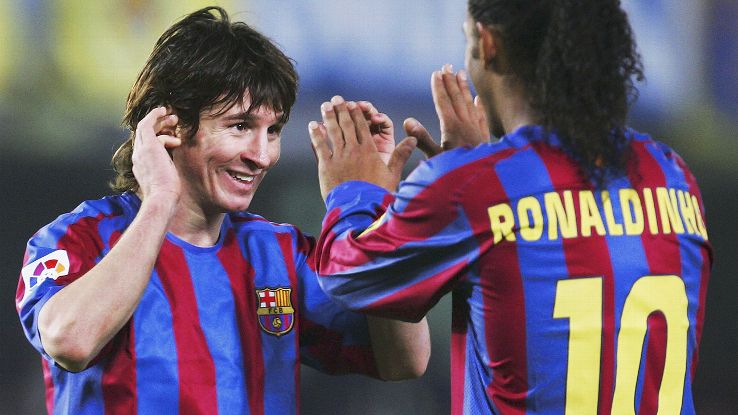 He was untouchable for a couple of years and he has gone on to win major honours like the Champions League and the World Cup. This coupled with the tag of being one of the greatest players ever would possibly make Ronaldinho a happy person, but he says that one of his biggest regrets is not being able to play alongside Lionel Messi for a long time.

Messi came through the ranks at Barcelona during the 2007 season and Ronaldinho ended up leaving the club in 2008 when Pep Guardiola was appointed as the manager. As a result, the two played with each other only for a very little period of time. Since then, Messi has gone on to emulate the achievements of Ronaldinho and many other great players during the last decade.

The Argentine is widely now regarded as the greatest player on the planet. A return of five FIFA Ballon d’Or awards is a testament to his success. Many football fans have been able to rejoice in the fact that they watched Messi play at his best.

“I’ve achieved everything I wanted to and I’m grateful for that.Of course, I would have loved to have played more with Messi, he’s a great player and I’m very glad to have helped him at the beginning of his career with the assistance of his first goal.Having seen him go on to become such a great player, it would have been great to have played more with him, but at that time my period at Barca was over and it was time for me to move to achieve new things and set new objectives, so the time had come for me to leave,” said Ronaldinho.